This a non-genetic adaptation which even so is added to generation after generation. (The stably heritable phenotype resulting from changes in a chromosome without alterations to the DNA sequence.)

That temporal adaptations can be passed in intergenerationally by means other than culture.

That culture itself may nonetheless be an expression of previous temporal adaptations,

Play and play amongst species cannot be dismissed as a means of moulding the response. The moulded response may inspire a change over time, and this inside time and biology may be passed on.

Altruism and play are instances when both social and species barrier may be blurred without the requirements of predation or consumption.

Any one species may be found.

Any one species may be found as a moment.

Any arrested moment may be found as species yet species may be found to be community, an instance of trans-entity in cooperation.

The shape of the cell is a multiplicity.

The shaped community is a collection.
Temporal adaptations are held in an a-temporal pattern. 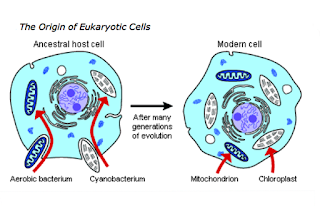 Myths tell stories literally told in the blood, even as those blood stories can over time become become distorted by a miasma of fantasy.

The brutalism of biology as competing communities whence competition is stripped of its playful core.

If the telling of blood cannot participate in the playful community from which it came, the pluripotent cell as original ground, then there is a “must” inherited also. The “must” of it wallows in this strange fug of species domination and predation.

Illusion as an adaptation to timelessness within the strict grain of time, this humourless game.

A temporal adaptation called utility.
Use value denies that everything is given and this may be useful, for a moment.

Collective unconscious may provide a flow of good order, running still even beneath fug, miasma, and illusion.

Individually and communally there is a response to the flowing order. A revelation which can be transmission, unlearnt learning.

Knowing is always recognition and this occurs before it is cultural elaboration.
Deep memory is always prior to a rational or competitive testing.

Testing is not telling.

What you know you know as participation.
It it is the telling of an original moment which is a-temporal and dynamic. Time without time within an instant.