in this galaxy we find planets

planets from another galaxy.

Orbits stray, we meet at a distance. Planets mesh in their patterns and begin to depict a new set of orbits.

The interior field becomes exterior and sometimes after this beginning growth it may well be that we abandon one another.

Our planets part, our patterns sag, become disconsolate, and one orbit or another must eventually leave the galaxy. Infinite space is deemed a room too small. 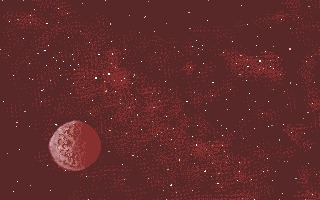 People are light. People are grandiloquent ellipses formed of free light. We knot and condense and purpose as if other than light. We are not planets and even so we are not so dissimilar to these engaged edges on the frayed far loops of our respective systems.

Light set free from the minimum and yet repeatedly drawn to walk again as shadow, as a show of circumstance.

The circumstance of light is that its showing is absolute. As the absolute knots up it becomes shadowy, less showy, and so light in its condensed materiality will on occasion doubt its own absolutes.

Life on this occasion is the expression of condensed materiality. A gelid tally-sheet.

Life may be revered as this; the impossibility of shadow woven up into an actuality.