Those balanced dynamics renown of old; they balance because they are the same. Opposites balance not in opposition but in similitude.

If all that contrasts also persists, the persisting rests upon that which has arisen.

All arisen rests on a single source, and resting and source and arising all well up from before substance.

Substance differentiates. This is why we substantially pleasure in it. Difference invigorates substance.

The “before this” arises. It arises neither as pleasure or substance and nor does it concern difference.

All comes as the same. The pleasure and other modulations arrive after the coming.

Expansion and differentiation are means of balance.

As the same recognizes the same, so this gesture reaches out in ever greater arcs of othering from the source.

Othering from the source, all similitude is maintained. And to be similar is a mere cover for absolute sameness.

The same was in the beginning.

In the same beginning all life. All life is expansion, unfolding, balance, dynamic,

and all life is ending, rotting, and surrendering; and in surrendering bright life to dank sameness, so is the different becoming born.

The light was the life. The light shone on life to show life to its living.

The life lived generated light which was able to see its being in the living.

What is your true name, your secret name?
It is the everday, a name surely recognized, and yet it is that name said until spent. Your true name is the utter spending and emptying of an everyday name.

and the great tidal river. 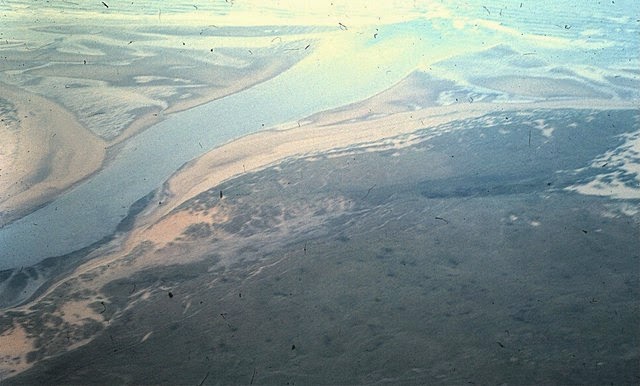