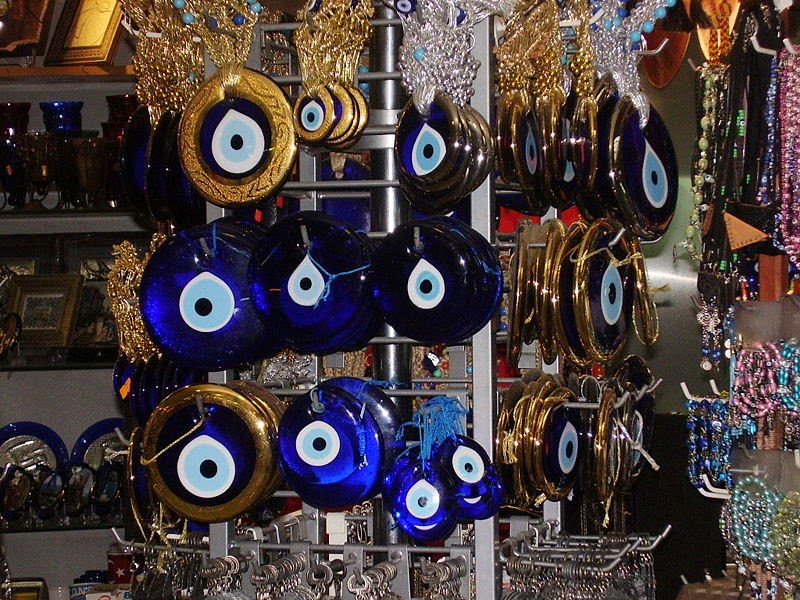 Arse; a startling display.
A busy high street bar. Not just busy, heaving. The bouncer, one of several, looked the camera crew over with an air of… One could only call it pity. He said – You’re not going in there with that thing are you? But it was too late, the video was running and, anyway we were booked to do a job. Yes; the camera nods up and down, we are going in there. The presenter turns to camera and smiles, straightens his tie, turns, he opens the door onto a nicotine fog: we move in.
This is perhaps one of the most pointless drinks promotions ever. Here everyone, but everyone, is blathered, incoherent, – Would you like to try the taste of… Is it booze? Is it free? Are we on telly? The camera is spotted and barely two steps into the bar a man shouts –
Film this!
He turns and drops his pants. On either cheek there is a tattoo, symmetrical images of a propeller with three blades. We film it. Customers snatch and screech, screech and point while the camera whirls around as if in shock.
A reek of sweat and perfume and booze rotted carpets. The bar resembles a reinforced prison serving hatch, a familiar structure for many in here if one is to judge by the numerous borstal spots: a blurry blue dot found below the eye, on the cheekbone, an atrophied tear. And the promotion? Two women move before the camera and presenter in electric blue bomber jackets, smiling, handing out vouchers like their life depends on it. The presenter is panicking, using his microphone as a lance, thinking he will not get out of here alive. And all of a sudden, somehow communicating through the thudding happy house dumbbell, the promotion crew agree that it is time to leave.
Hey! Film this ya buggers!
A man drops his pants and bares his rear for the camera, helpfully spreading his cheeks with sovereign bedecked fingers so that a hairy arsehole stares up at us. Tattooed on either buttock there is an eye. Protective Horus eye, right mirroring left. Two eyes staring from either side of a third, the cracked Smarty, bung hole. Arse.
We exit at a light jog and the evil eye of this promotion, envious eye, an eye with jealous ambitions for the habits of those it stare falls upon; this eye has been turned. Defeated. Countered by a magic too powerful for its own insidious means.
How fitting, to be reminded that the delinquent semi-heroes of ‘Grease’ choose exactly the spot-lit, televisual highlight of their prom night to moony. And although the soundtrack, ‘Blue Moon’, is corny, no less so is it delightfully rich, oozing with lunatic symbolism. A moon’s milky cornea to counter the glare of a patronizing, false sun. No wonder the Governess is required, next day, to threaten this act of usurpation with the FBI, super ego to counter id, and again no surprise that our darling delinquents will seek to protect themselves by donning dark sunglasses.

Propeller.
As a sign it shows a reliance on the Trinity, stability, and a certain trust to undermine an oft unknowable threat. That is to say, in the syncretic faith of body ornamentation Father, Son and Holy Spirit are often embraced and if not overtly then we may commonly presume a sublimated presence.
A propeller is also a screw. Defiant arse, it says – Screw You. Also, to stick out your tongue or spit or, better still, to spit three times on your own breast will immediately repel creeping invidia, the poisonous intrusion of a hypocrite who publicly praises or admires while in their heart of hearts wishes only for possession or, if they cannot gain possession, to destroy what cannot be possessed.
At once we acknowledge that the evil eye may not be a conscious attribute. We can all possess it while we all might be damaged by it. In other words, you and I will be that hypocrite – though of course we make every effort for this not to be so. We all might cudgycoo a new born child and yet fear and hate it for the power it possesses. Innocently, it is more powerful than you. Innocently, this is resented.
If the long history of the evil eye, if, more properly perhaps, the long presence of the evil eye to one side of history has taught us anything it is this; innocence is always duplicitous. Whole civilizations have developed with an ongoing suspicion that one gesture, one expression, one stare, one eye may indeed represent more than one intent. And again, this may be an intent with or without a conscious will. Which is to say, some may be witches and some may cast the eye unknowingly. How are we to know from whence the greatest threat?
Best to always be on guard against the eye. If you praise a child make sure to add how this is the will of God, make sure to conclude with an assurance that your heart is not brewing the ill will of envy. To be honest, it is better to call the child Ugly or Dirty Thing; at least its parents will be put at ease.

“the big symbol that protected sailors from drowning were twin propellers (one tattooed on each buttock) meant to symbolically propel you to the shore.”
Original first published in Inventory: losing, finding, collecting. Vol.3 No.2 1999