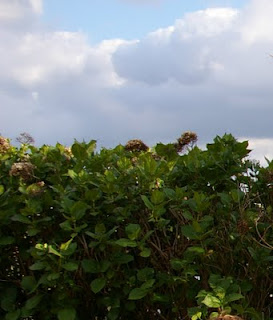 The egoic MacGuffin of a hidden trauma; this generates an enthralling and appropriately Hitchcock-like shadow world. A pseudo identity set on intrigue and a progressive layering of veils and feints and sleight of hand results and pain is projected into the on-going moment. You do not want to suffer so you try to make others suffer upon your behalf. This is a childish habit, a defensive reflex more than malicious intent. It aspires to control and yet more often it results in an anxious and ongoing loss. Projection is an experience of the despised and contested suffering returning; this pain may now be altered but nonetheless it returns and there is an amplification of the experience because it has been boosted through the wounds of others.

To withdraw pain’s commerce cannot be done by forgetting or hiding the wound. A lack of consciousness is not implied by either the subconscious or unconsciousness. These terms rather indicate the presence or penetration of awareness. Awareness is a volatile substance which most of us dare to touch only with extreme caution. So often there seems to be a need to disavow responsibility and it and a sense that the enormity of our complex emotional situation simply cannot be processed in a “daytime” form. Awareness of a fully conscious spectrum of functioning overwhelms the persona. Consciousness is greater than persona.

As persona is dragged up into consciousness so it becomes personhood. As personhood suffers the wounds of persona it realizes that such wounds are easily suffered and really do not harm the centre. As this moment is itself suffered (an ego humiliation), so consciousness is allowed to remember other suffering. There is a becoming awareness to the wound suffered in consciousness; if not turned to “should have” or “could have”, not guilty affliction, aggressive accusation, or defensive self-justification then the aware trauma in consciousness is the root of resurrection.

Can this become a corporate or community activity rather than a more simply individual choice? The basis of communion is the withdrawal of projection, the removal of an intervening narrative; simple present to present presence, this is knowing brokenness and it becomes the medium of our wholeness. The basis of communion is making oneself vulnerable and so it appears that any solitary instance of a wound consciously held is already communal.

The individual suffering wound in full conscious remembrance, as full as possible, is to reflect into the community all mercy received. This is by no means morbid. It is indeed deathly to project pain into the corporate body, and to do so unawares, yet should a solitary person choose instead to stand with their own dying, so is this companionship and love.

It is an outlandish project yet the community who experiences some measure of reflected mercy may actually taste it as their mercy, from this savour a further choice for remembrance may begin to grow. Amidst lessened narrative stress a freedom is found.

To articulate the possibility of suffering wound; to sense that it is feasible to no longer project, defend, or be oppressed by aggregated supposition; thus is the corporate body freed. Cast over a broader area of individuality each moment of freedom becomes a paradigm shift, or moves towards one. The astonishment of just two or three gathered in the suffered wound is genuinely full of wonder, a healing. Living in wound turns around to a coming alive through wound.

From the one suffering wound to mercy reflected to two or three gathered in remembrance. The freedom discovered is awareness, awareness of original awareness; the root of resurrection. These interwoven processes move mercy and love outwards without ever dismissing, burying, or denying hurt, difficulty, stupidity.

There is a gate into the ground of the real called Reconciliation. Original awareness flares up to light the path toward it. And it may be no coincidence that this gate into the ground looks somewhat akin to a grave or an open tomb. We say this is not a burying but reconciliation does actually need to step over a corpse; it is a tragic phase wherein persona is allowed to die. It is possible to imagine appropriate ceremony and dramatic music to accompany this initial opening.

As silence trembles to the fore from in between the last dying notes, so the loosened strictures of a person flex, as if an invisible sensor, and it probes a dark supposition: From me, it says, comes the greater than me.