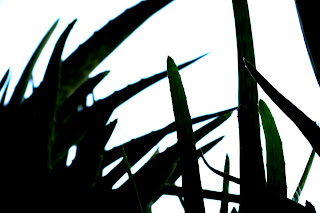 Wounds are not healed by forgetfulness. Nor can repetition and additional narrative alter or appease that which was.

That which was is that which was. Additional narrative offers a gamut of filters and re-sizing, an imaginative refit by which we fill the present with a busily regurgitated past. Why do we do this when no such measures are capable of changing historic events? In theory the mental re-savouring and commentary thereon is able to provide some self-taught corrective to future actions.

Are habits to be broken by daydreams? This could be taken as the neurological justification for such imaginative activity, the process is called “Making fit for future action.” But the transactions between past and future are made as if an emotion were subject to taxidermy or pickling. Happiness becomes a bloated glassy eyed game bird and anger a vinegar soaked trotter; we will visit and re-visit these grotesque memoirs habitually so that any pathway toward an actual emotion must be dutifully re-routed to encompass the museological idol. Forgetfulness of the real intervenes because the sheer familiarity of an ever re-run moment gathers to itself an illusory radiance. This object bound glow shines greater in our materially cultured seeing than the infinite, and yet infinitely subtle, present. For each moment of the present missed a wound is enacted.

That which was and that which is and that which shall be to come; so each moment of our attention is a tense, a tension, and there is a muscularity to the present. A yoga of temporality may be described as honesty in presence. Presence cannot be pickled.

There is an incongruent normality for each of us, a disingenuous appeasement of the tenses that confuses relaxation with idolatry. It is expressed as pampered repetition pampering repeats. That which was becomes “could have been” and that which is has already been bracketed as “should have” while that to come is a buffer zone of “this is how it will be”.

The day was. I did. Let me now release that and ask for mercy. No amount of reassessment will truly reveal what the day was or how a presence and action within it influenced the day. Naturally certain traces will have certain effects, in time some of those alterations will return to source as measurable or noticeable although, in returning, it becomes apparent that the presumed source is itself (you yourself are) trace and effect. The whole is a marvellously interwoven brilliance. There, in that brilliance, there is a responsibility to presence and allowing Presence in this moment, or, to reflect the mercy received… By being loved one must indeed love and this high responsibility is alone service to all the past, to the fullness of this present, and to a future whose arrival will never be subservient to buffer zones or petulant sandbags.

The devalued imagination of cliché and habit seeks to impose narrative veils or grow narcotic mists between every real to real encounter. This is popular emotion; sentimentality as if empathy saved from itself; outrage as if anger made the comfort of a mob and therein drained of all its bitter solitude, although it is from this sharpness alone that courage may be born.

How can a wound be remembered without its extension and amplification? A wound not appeased in recreational refitting and a wound not forgotten becomes a wound suffered.