Skip to content
On rabbits and hills.
The way through the head / the never before thought / way of thinking as one / mind body person / making new. // Get your self of knowing / as never known before / outside of the knowing and has known knowing all / at the root afresh / of who you are.
Thoughts about 18yr old Harehills and in the squat self. […] Opened the curtains and sat and a rabbit was here on the grass in front of the window, a perfect echo of the [rabbit shaped] cloud I saw yesterday evening. // The first [rabbit] just ran back in the opposite direction with a second. Meanwhile the mountains are in the process of being engulfed within a rolling bank of cloud, vanishing.
Hare hills; rabbit clouds. I remember a hare running down the middle of the road as I cycled along behind. An empty road somewhere in the Vale of York, the hare and I, and a single oak leaf stuck in the spokes of my front wheel going clickclickclickcclickclickclickclickclickclick.
The only other time a hare has run down the middle of the road in front of me was that time when I was coming down the very steep wooded hill on a bike heavily laden with panniers and a tent strapped on and a rucksack on my back. With this kit I was too heavy for the machine, which had spokes too loose and kept shedding its chain at the merest touch of a gear change. The brakes began to overheat, I zoomed past a couple mid-sandwich, their bites hovering around crumbs as I walloped by. At the bottom of the hill a slight rise over a small bridge lifted me from the tarmac. A startled hare shot out in front of me and ran down the middle of the road, I followed and, carefully, touched the brakes. Immediately all my luggage fell off and became entangled with wheels and gearing. I fell forward, clinging onto the handlebars. The handlebars were wrenched into the opposite orientation, and I was on my back on the road and the hare careered to left, disappearing into the woods. 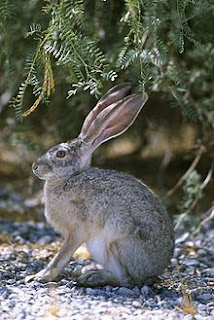 I remember another time, rabbit on the road. Only this time it was not running. I was cycling, labouring up a hill, the landscape around me lightly wooded, some fields on the other side of hedges. I thought it strange that the rabbit did not run. Its head kept bobbing up and down, ears alert and then ears low. I slowly came closer, again I had heavy panniers and a rucksack and a tent, although this time the bicycle was more robust and better behaved. The rabbit moved its head but did not move, it did not run, and running is a thing rabbits normally do. I came alongside the creature and saw why it was not moving. Its rear half had been driven over. Most of the spine was smashed and the rear legs squashed completely. Only its front shoulder region and head was unscathed. In its alertness it knew its rabbit-like behaviour. The front paws made gentle scrabbling motions and it looked certainly at where it might go. I was then, and remain, a poorly educated city person, despite jaunts toward woodlands and hills. My first response was to mount a rescue. Call a vet! Get a farmer, a farmer who may have found my scruples hilarious. Just stamp on the thing if you’re so worried about its suffering… But I’m just a poorly educated city dweller who has no conception as to how an animal’s neck may be swiftly broken. The rabbit nodded and ducked and ineffectually wriggled. I dismounted and worried over its agony. In the end, bravely (I thought), I grabbed it by its front shoulders and hurried it into the hedge. At least here, I thought, it might die with some greenery. A small carnivore may put it out of its misery. Repulsed, I wiped my hands on grassy verge, remounted and rode away. This rabbit’s nervous, failing gestures, and its smashed flat rear end, still remain alive in my memory. That it was sunny with a decent breeze. That I cycled past many small inlets and harbours. That my tent broke apart as I set it up that evening. All of this remains.
·        What is this flame, / what is this flame / we call death? // Nothing that was dying is created.
·        “… and I have breathed out nothing that can die.”
·        What is this flame? / This is the passing of appearance. / That which is appearing may die. // Appearing others…
·        Appearing offers a great struggle / to its passing / often. // May we cease to be appearing and / still be, even in / this world.
·        Appearing appears so to / to struggle. // Who is it offering resistance to / the flame?
·        The falcon cannot / eat grass, and yet / there is the rabbit. / The falcon may / float in the sun / but it is rabbit / who translates the / sun, and this through / the language of / grass.
So we had two guinea pigs and a rabbit and one day I opened the hutch and Squeaky (a guinea pig) was dead and stiff and sort of propped like a board over the food bowl and Rabbit, was sitting on both Squeaky and the bowl. The other pig is called Princess Fluffy Bum. Ms Fluffy Bum is with us still. 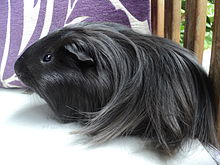 A time after this and I opened the cage and the rabbit fell out, flopping onto the grass. Once she would have immediately been up and off, making a break for freedom whilst been chased by an inarticulate raving dad and several children wracked upon their hilarity. No longer, no longer. She neither noticed that she had fallen nor ran. The hutch door hung open, Ms F. pushed back into shadow and stared at me, not moving, most certainly not escaping. 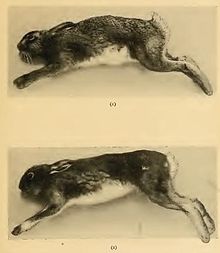 I scooped up the floppy animal and inspected her, and then I laid her down briefly once more, and I closely looked some more. She was still alive but breathing shallow and rapid. I got a kitchen towel, spread it on my lap, and sat down with Rabbit draped over my legs. Once, perhaps twice, she weakly kicked a back leg.
Slowly, slowly; the sun shone. I sat with our pet rabbit over my legs, her breathing getting weaker and weaker. Her mouth fell open so I could inspect her front incisors. I stroked her, I talked to her. Gently, slowly, over an hour or so, she ceased.
When the rabbit was dead I called the children out of the house and together we dug a grave and buried it. I cried and my daughter was astonished.
·        [In the dream] I realise how flimsy / wire is all that keeps / them in plane. They / all leave. One / realises they have records on [indecipherable] / here – she turns / around and goes back / in order to find out / all about herself and / why she has been / contained. Woke up / with the word / Ensign.
·        “Anything in which there is no force is dead… For the Spirit [force] is the strengthener and the quickener.” [Hildergard.]
·        Dream of the mountain / a large empty mountain.
·        The mountain begins the book.
·        The hill stands / within a mountain / and the mountain stands within a range / the range stands / within a mountain / and here we have / our frame.
§  The volume of
§  clouds
§  stretched even
§  length and height
§  still conclude
§  in the enormity
§  of land below
And the volume
of land below
stretched and pushed
still conclude
in the enormity
of its roots below
§  the roots below
§  and the clouds
§  above and my
§  time smeared
§  volume between
§  even now
§  concludes
§  in the mereness
§  [meetings] meeking set against
§  the scales                  (meeking – training of horses)
§  timings  {meekness} we cannot
§  attain
§  journeys only already
§  made yet only
·        in the moment of
·        vision our imagination
·        absconding
·        from the tumult
·        of dimensions
·        if it should
·        be allowed. 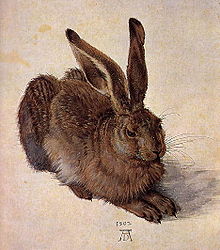