and really no one likes to do this.

Really, we are very uncomfortable with most expressions of life. Experiences which call life; life must be ushered into another category. Even disguising life as consciousness is on occasion preferable to simply listening to breath, following the pulse, processing spit, excreta, and other such extremes of attention.

The improbable liveliness of living, this is an extreme activity. It can be disguised behind perilous sports or transformed into a fitness regime. It can be sunk into jigsaw and card games, made monomania or hobby; even so, it remains difficult to like. We tend not to befriend living, and this not because of morbidity but precisely because death is an intimate and necessary aspect of life. Consciousness is easier. Consciousness can be risen, trained, focussed, farmed, warped or expanded and, as such, it is subject to treatment. Consciousness becomes a thing.

Become conscious of consciousness and it begins to belong in that separate slot, this other groove, the thing that runs along-side and helps to frame your identity. Indeed, identity without the sidekick consciousness might be deemed frivolous or fly-by.

Awareness partakes of all these games, and many others. If there is no awareness then there are barely any games.

Also there is a must. There is life, there must be. Life must be, despite our flight from it.

Our shapely and eloquent perceptual apparatus partakes of life-must-be and life in game and life in its ending.

Life in its ending is beginning, elsewhere, of loquacious sensing and lush inward rushing patterns of being. 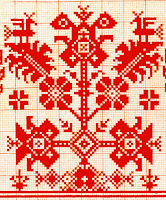 Cohabiting and collaborating with these spacious patterns, awareness in its “must” partakes of the giving away; it continually gives itself away. It is rendered unto fear.

Fear is rendered unto life in the moment.

The moment is a rent in the perceptual field.

Rendering covers, flows over, and adorns the perceptual field.

The ornamental can be found as irruptions of deathly life and as rosy living, these symbol lives forced into the not yet lived life. The ornamental simultaneously soothes a consciousness into mediated unawareness and renders it naked before its own symbolic fecundity.

Consciousness consciously rendering consciousness is as if a melody drawn from out its own song, the unease of living easily alive. 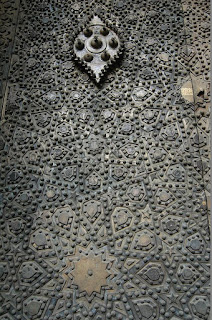