Everything reflects
I said
looking into the special example
of gold leaf rolled onto the wall
and up into the ceiling
and on the statues one could find it
wrapped over the naked stone feet
and gold smeared down their arms
and gold rubbed over the heart. 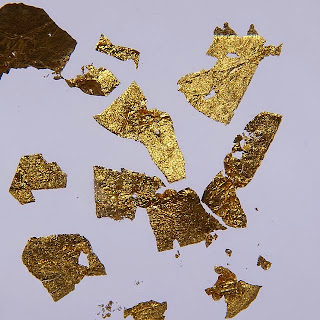 But all matter reflects.
Everything reflects and the extension of this is that reflection is a special form of division.

All light is divided all ways.

In this manner the spectrum of colours and the colours called wavelengths, the patterns and the electromagnetic forces; these perceptions are facilitated by division.

Division is a special form of reflection.

Perception is an analysis of reflection; division further divided.

All perceiving is a daily participation in the infinite.

By reflection the world is infinitely, minutely, and exquisitely constructed. The core of this construction is an infinitely divided light. This unending division is a reflection of a source pouring out which is yet greater than the infinitude of its own division.

Reflection is our manner of infinite and exquisite perception; the more our division of the divided the greater the entanglement in all that this perception was divided from.

Our reflection is enmeshed with spectra.

Consciousness knots together each reflection with each source and shape. We in perceiving are forever shaving off and reducing the source and the object, and yet these beginnings always remain and in their remaining there is an action.

The action of being capably linked to division; the beginning of infinite reflection. The beginning for to be perceived must yet be already reflected. Each start point is also a division. 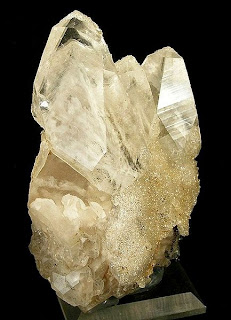 The shine of the scintillating is reflected (divided) consciousness. Divided consciousness seeing its own reflection is a light multiplied infinitely.

How is it that the eternal becomes perceivable?

Infinite division is sparkling in reflection, becoming the sovereign and rock-like shine of infinite multiplication.

The initiation of division entangled with an initiation of light consciously multiplying light, and on occasion perceived as such, becomes a special form of reflection. It may be termed an aeroplane trap.

Premiss of the infinite is an eternal source. The nature of infinitude is reflection and consciousness moving in a single entangled relationship. This entanglement of division and multiplication precludes direct perception of the eternal. The precluding relationship, in its very infinity, nonetheless intimates an eternal up-welling of which all infinitude is able to abundantly and continually reflect. Such is the gold light we stare into.

We stare not into gold, nor particularly do we dwell open the fascination of light infinitely at play. Instead we are, on occasion, able to step into a non-reflecting moment called stillness, this is between division and multiplication but we cannot properly assign it to either reduction or increase. (Here we are able to scribble the form of an aeroplane trap.) As the blooms in this garden grow a word is also realised.
A word is sometimes said.
The said in this is neither but it is. It is the honey on which the eternal willing lays down, and in this first sweetness first consciousness is immediately sustained.