As the universe shifts,

As matter expands we expand, as matter is of the universe – expanding (it is said).

Contracting, expanding; breathing some say. Our internal spaces are enlarging, our speed is increasing, and all of this is occurring in perfect harmony with all other shifting, speeding, and expanding (or contracting).

My internal distinctions are expanding in harmony with the great conceptual shift. And as the universe plunges over into a new state of being so does my body sense an-other-ness, redeeming axial turns of consciousness. To peer in afresh at the preening of new plumage.

So this moment is a moment to seek to say something of the shift.

It is not the inevitability of the shift which pursues us, rather it is the less than inevitable change of consciousness being in this emerging realignment of matter. How might the force of awareness within this changing consciousness become inevitable?

Another-ness, otherness, other nest; there is no other nest and yet this bird has not yet landed, these branches are not yet woven.

The mirror neurons of a cuttlefish are directly linked to its surface. The whole body is a brain. Recognition, negotiation, and emotional interaction are visible at the speed of cognition. This distributed thought enhances its immersion in the environment. Immersion in the cognitive shift of the shifting thus enhances its adaptation and survival. 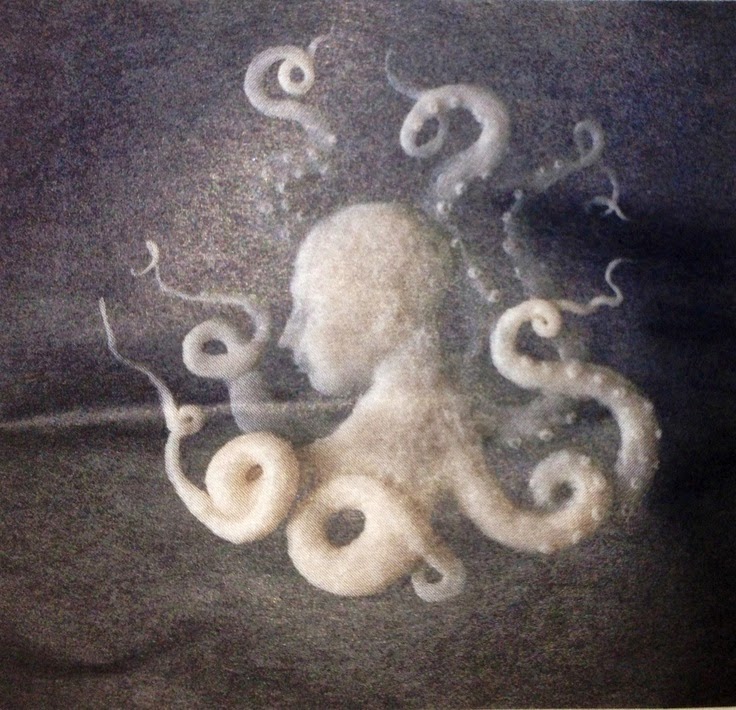 How might the force of awareness within this changing consciousness become inevitable? Another-ness, otherness, other nest; there is no other nest but this filament woven network: brain, bread, galaxy – the expanding bread of connection. As the shifting shifts so we shift for we are the shift.