For as above, below; below; above.

There has always been a Theory of Everything.

Time goes forward, from one moment to the next, from day to day, year to year: our experience appears to confirm us in this linearity. That is to say, time is usually considered to flow, it is an arrow

It moves with us through space even as it is but another expression of space. And this movement of space has thrown time’s arrow out: a fixed direction, the universe’s expansion. All clocks go forward from the big bang.

Now, it is also expected that one day, the mass of the universe being what it is, unless we lose some of the dark matter not yet found, the universe’s combined gravitational pull will eventually put the brakes on its expansion, hence slowing time, to eventually reverse the process. So

We will start jumping out of graves and diving back into wombs, returning to the trees and eventually the seas. The calculation and consequences of this big crunch, big bang in reverse, remain open to debate. And of course, from our point of view, debate only. However, maybe mathematician’s intuition counts for something here when they posit the symbol:

That central juncture could well be big bang and its looking glass cousin.
Whichever phase the universe might be in

our standardised sense of this experienced time flow will persist in couching that experience as one of progression. As long as time is a linear construct within and/or of space so it will remain impossible to go in any direction other than forward.
Thus

Theology aside, there is no memory we might securely presume will persist to experience time’s arrow boldly going in both directions. (No memory other than the universe’s own elusive tracings.) In other words, it will not be like rewinding a video, Indeed, who is to say that our current measurement of a universe expanding is not in fact a mirror observation of the reverse? Right now we could be rushing toward our birth yet the mechanism indicated by

does not allow an easy recognition of such a possibility.
We should consider further where our time is leading us. What could be the target, no matter in which direction our time arrow might be pointing? Would it be fair to say that both

are intent on reaching 0?
The imperative of an entropic system.
Yet if the big bang

is also its own mirror image

then might not that simultaneous crunch and bang make of the universe an oscillating system; two universal timings balanced around a mutual cataclysm.
0 cannot be stable, 0 cannot be the conclusion to this – unless some of the universe (dark matter) is missing and we drift infinitely on into a state of No Heat and No Energy wherein even drift will become, eventually, No Thing. 0.
Either

was a statistical blip, a glitch in some presumed constant,0, or both
is

are united in this self-organising system:

a closed system?
If so there can be no infinity. A bound infinity is not forever, it is simply local. On the other hand, the parts may be greater than the whole.
Time could be delineated as

and this time is experienced and measured, unique and normalised – it is also standardised

Our moment might become GMT, nano-seconds, pico-seconds, hours or minutes and time is money. Calendars and years in which there is working, playing, surviving, and negation; seasons and decades to be weighed and sold, to be smuggled out, to be treasured. Thus

when placed under a managerial regime. Not that naming controls per se,
but the control mechanism does flow out from it, This naming and measuring is the basis for regulating activity, for feeding ourselves, for agriculture, government, and for the exploration of space. Yet activity is not forever regulated:

because of our attention.
Yet it also changes via our inattention, boredom, consumption of sugar, alcohol, or numerous other metabolic eruptions.
It went on forever
I stood outside of time
Everything happened so fast
Such a variable experience of

cannot be correct.
To observe

as flat of steady state background radiation. There can only be one rate of expansion for the universe and everything else must be delusion, a hallucination of fluctuation over consistent and constant time. Such an obvious account of the obvious. And yet still it is a granular universe rather than a smooth and steady state. In fact, we inhabit a decidedly lumpy place which somehow pivots around the singular uniqueness that is our allowed and possible existence. There was a probability of gravity and gravity was admitted. One collision (with what), a reorientation of photon, the grand cumulus of gravity beginning the inevitability of one split atom. A sky was acceded to, the heavens seeded with stars, and the stars shed planets, and the planets cooked gases and the gas made water and water allowed life….
Our naming

is a collision,
a division that admits for further subdivision. Our variable and subjective experience of

is in and of itself fission. 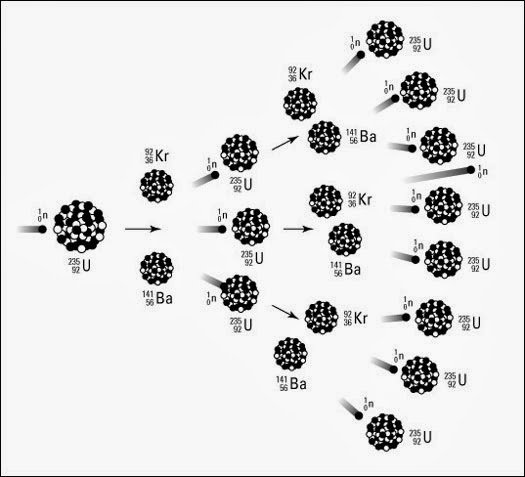 Within the macro scale

there is actually another entirely different progression towards 0. The infinity which is

which is not infinite but bound,

may in fact be infinitely fractionalised.

Therefore our experience
of time is moving away from 0. Further, it would seem that finally we can admit to a supersedence of a linear notion – or notation – of

is understood as an attempt, or a probability of an attempt to revert to that original state, 0, then we must immediately realise this to be a flawed progression. The movement is not towards 0 but to a rapid spiralling out into fractal infinitude. A quantum action that will move relentlessly towards 0 while never being able to reach 0 as it is already and always beyond 0.
While not flush with

a multitude of infinities are generated from its progression, from the gravitational disruption of our interactions with it, and from out of this infinite matrix of possibility we still have the surprising paradox, perhaps the only paradox: Apparently we are able of selecting only a finite number of singularities and stringing them out along

This poor selection we call “Our Time on Earth.” Eternity is to be found tangentially to time, it is not the product of infinity. Our time out of the earth is infinity probable, yet it is eternally actual in the life of consciousness.

In modelling the world we understand it. In modelling we interact with the world, in interaction we gain new models. In all this everything is changing all the time: the world, the model of the world, ourselves (our model of ourselves), and the quality and quantity of interaction along all axes.
What possible reason could anyone possess for attempting to establish the shape, and thus by implication also its beginning and end, or otherwise, of the universe? There is no pure research.
A new paradigm may be counted as an evolutionary factor in how the human brain and nervous system develops physiologically. A different quality of vision generates a different quality of living. The ability to see the tool held within the flint, the extension beyond the tool, to imagine the Earth with an orbit, to calculate such an orbit and then to become one with the orbiting… Evolution as a process may prevent our complete stagnation, it might be the vital undertow to any rationality. While not rational in and of itself the evolutionary, to be touched as a model rather than an actuality, offers a limited guarantee against an ultimate death. Evolution is an event in consciousness, therefore it partakes of the eternal rather than negotiating with infinity.
(That things have to be this way; that we as species are deemed evolved and rational and able, is a claustrophobic notion. Expanding the paradigm will only take us up to that claustrophobic point whereupon demolition is urgently required. There is panic, a need to breathe more easily. To puke up old knowledge and clear the smell by removing its previous frame; to set one’s sights, once more, upon the furthest horizon. Which is? What is the shape of the universe?)
Outside of the closed system, there can be no perfect paradigm. A closed system will always open. A model of perfection is transitory and hence perfection can always be improved upon. Actual perfection is elusive, it is far more common to encounter the model. Sometimes, therefore, the model of perfection becomes confused with the unattained, elusive actuality.
To further and further expand and investigate our modelling of the universe is an action founded on desire.
In the most pervasive presence we sense the most elusive essence.
To confirm a lived experience that evolves into multiple singularity.
To reject entropic degradation of matter by rediscovering it in a self-organising dynamic (many selves and many dynamics).
To seek the liberation of immaterial actuality.
Eternity is to be found tangentially to time, it is not the product of infinity.
Original first published in Inventory: losing, finding, collecting. Vol.2 No.3 1997.