Across the window sill are arranged a series of scale models, although what scale is surely a moot point for these are imaginary creatures. A disembodied eyeball that walks on legs; a demon with phallic head and claws, toothed penis ‘Alien’; a disc stuck over a cruciform arrangement which is understood to be a spaceship ‘Enterprise’.

Parents shouts turn it down, child pouts, doors slam, walls rattle and downstairs the crossed claymores, welded to a shield that bears a Medusa head, swing dangerously on its nail.  An iron nail.

Next door a slip cast dog, a fairy holding aloft a crescent moon, an owl with a somewhat startled look in its round, yellow eyes, and the clown all take a sideways jump on the mantelpiece. Sometimes when the neighbours fight and things are thrown the reproduction print of a doe eyed, tear jewelled urchin will fall from its hook. The much suffering eye.

The clown in its abject, theatrical misery reminds of us of hunchbacks, favoured suspects for casting a jealous eye over all that is upright and beautiful and yet special, also, in their ability to bestow luck and divert the evil eye. In this latter capacity they are still to be found represented on key rings and as ‘lucky charms’. 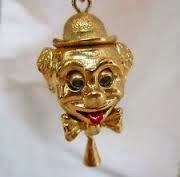 Walls like bloody cardboard, the husband will say, hush now, his wife will say, they’ll hear us. She turns up the telly. On the outside wall a cartwheel is pinned to their false stone cladding. Next door a satellite dish is screwed onto the red brick.
It has been suggested that the evil eye complex is a set of prudent rules developed by those of limited means who by necessity live in small communities. Villages that are by their very nature isolated and, in some cases, may be entirely cut off from the outside world for much of the year. In such places the pecking order will be experienced with an alarming immediacy. Especially so between individuals of the same or similar social standing. (The Evil Eye – Envy and Greed Among the Patidar of Central Gujerat. D.F. Pocock, 1973.) Distant social standings will appear fixed, God given perhaps, while the flux and fairness – or otherwise – of the immediate surroundings are felt acutely.
Every salesperson knows that if you can get one household at either end of the street to put up a dish then soon enough those in between will subscribe.

A popular amulet [in 1999] is a miniature mobile telephone, made of gold. It can be seen hanging around people’s necks next to a gold ‘horn of plenty’, Cornuta, which funnily enough I often thought to represent a sperm and so it always took me back, confused me a little, the bravado with which they were worn. Job done. The sperm and the phone are hung over an ankh, next to a Horus eye, perhaps across a disc in which a hologram of an eye is set. A clown, a dog, a mermaid, a bear; all these in gold or silver can be see hung around necks. 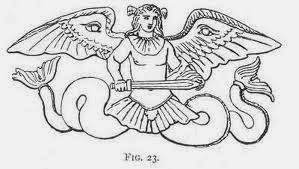 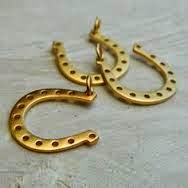 Elworthy reminds us of how, judging by the archaeological record, amulets were cheaply and quickly produced in vast quantities; the most popular form of body decoration. Perhaps the only form of decoration that made sense, the image that also functioned, that stood as a marker between your-self and the jealousy of a hostile outside.

Functioning in this manner it destroys its decorative status. – But we forget. – Now the clowns, dogs, eyes, moons, cats, tokens of life, tokens of death, the anti-ocular, the clash with the panoptic gaze, the defiant flash of plenitude, the weeping urchin children – defence against weeping urchinism – the voluptuous goddesses, a reproduction of Arcadia both lost and promised, convolutions of labyrinth, horseshoe: now none of this can be seen. It is tat, the useless object barely acceptable to taste, too banal to notice and yet here all around us. “Home just would not be home without them…” That is to say, even as Modernism was moved toward a resolute sensibility of denial wherein form and function must be one – must be beauty – so decoration was denied a function. Yet functions for the useless persist.

Modernism implicitly claimed on behalf of Rationalism an ability to conquer terror, an extension of Enlightenment. But we forget. Forget that most of those who proposed, described, expounded the Enlightenment were deeply implicated in Masonic lore, in alchemic processes, in pouring bucket loads of symbolic marble – Athenian, African; stolen or mock – into the capital cities of Europe. A conscientious proponent of rationalism and progress may have worn an amulet, a watch fob he would call it, a set square and compass to dazzle, order, and rectify any malevolent gaze that may have brought chaos into his life. Decoration has persisted and yet been forgotten because although it is periodically decried as decadent, still, weakly perhaps, it operates as an apotropaic. Its form is base but perhaps it was always intended to be. Perhaps it needs to be decadent, priapic, lewd, – Grylli and Chimerae – so to cling to its function. An injection of horror to inoculate against the greater horror. “I don’t give a fig”, it says, denying the demonic envy that will suck life dry. The mantelpiece ornament is a forgotten echo of the household god, the bowls of potpourri emulate Demon-Traps. Junk jewellery, deeply implicated in a symbolic order; an order at once intuitive and yet forgotten. The lost that persists. A cartwheel partakes of Arcadia, it is a shield device to divert an attacking eye. A labyrinth of sorts, it is the wheel of fortune which (while fixed) will turn and toss the Fates down below, will haul Fortune up to its pinnacle, given time, and throw the lot down again because Pride transforms Fortune into a Fate. Stoic, fixed, it might be suggested that the cartwheel was an Ur-Soap Opera. A simple story with endless permutations. Next door the cartwheel has mutated into the satellite dish. Still the neighbours have discretely placed an ornamental horseshoe above the door, but we wonder of the forgetting. In all these amulets the eye is meant to turn outwards, to face the incoming eye. Does close circuit television balance out this Overlooking?

This stripping of the body so that it is naked before a foreign gaze, a gaze that supplants the apotropaic form. The Other gaze dares to outbid the hearth, its envy would render senseless that intimacy of nurturing. But we forget. And as the evil eye is brought in, so its elements are turned around. On the child’s bedroom door there is a staring red eyed beast-man; an image from ‘The Terminator’, an over muscled cyborg who is surely related to the wild bestiary of the Grylli in which insect, animal, and human commingle to make creatures of ridicule. Gnostic imperfections, a ludicrous body to dispel the evil eye. Or there is a ‘Teletubbie’ which, like the ‘Terminator’, is by no means a simple apotropaic. Like an eye, both figures are deeply ambiguous, could be claimed to assimilate the deadly gaze into their very being.

Alienated and fragmented and scattered, the child has all the more reason to set up markers that will control the terror, calm the vortex, ward off the evil eye. But we forget. And the parents promise to eject the child from their house if it does not at once remove the ring from the piercing in their eyebrow. All the time we scrape at the surface of significance, dig little furrows of meaning. We wish to tunnel underneath evil to live: Help us see through this morass of seeing.